A comprehensive morocco excursions tour of Morocco including Morocco’s finest landscapes, medina’s and dunes including Essaouira, Dades valley, Marrakesh and the southern Kasbahs and dunes at Merzouga.

Your 12 nights Morocco Excursions tour starts in Essaouira which is a great place to kick back and enjoy it’s simple pleasures. Cool summer breezes, fresh fish and a charming easygoing medina make this an ideal place to spend a couple of days. Explore at your own pace it’s rich architectural history, it’s blue doors and whitewashed walls as well as it’s handicrafts – both Thuya and Argan are native to here. It’s also been the location for many films and is regarded as Morocco’s “Jewel of the Atlantic. There’s also an annual festival of “Gnawa music”, where many musical groups come from different parts of Africa and the world held in late June. 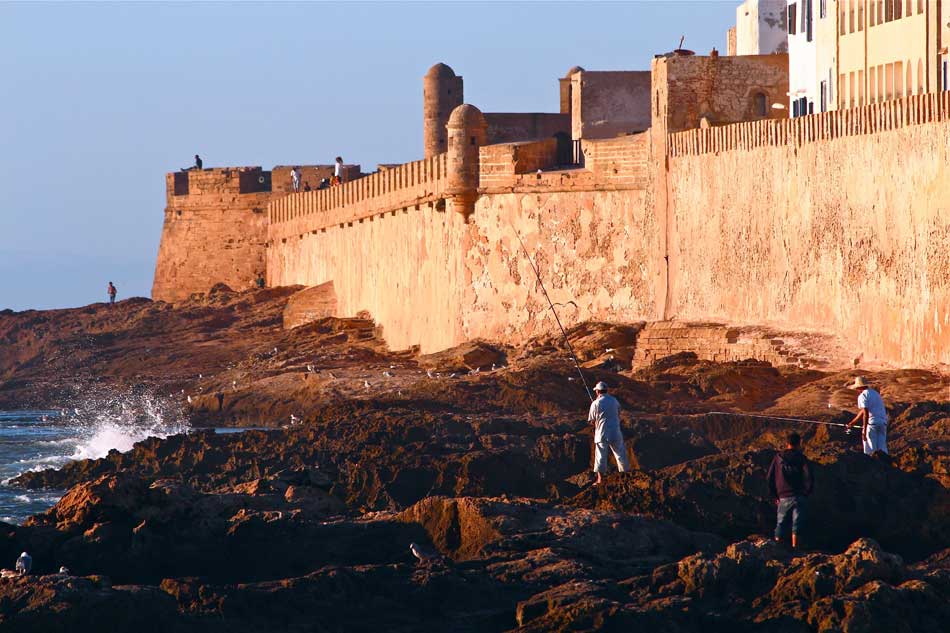 It’s a 3 hour journey from Essaouira to the Ourgaine Valley and taking the back roads you’ll travel through countless Berber villages where the road narrows and locals emerge from house to see what all the fuss is about!  A tour to Morocco should ideally include the verdant green valleys in the foothills of the High Atlas.  Here we’ll explore the area in a 4×4 see seeing fascinating views of the highest peak in North Africa from different perspectives and admire breathtaking views over the Atlas Mountains from  your Riad. Imlil is the gateway village to Mount Toubkal and the staring point for short and long hikes. 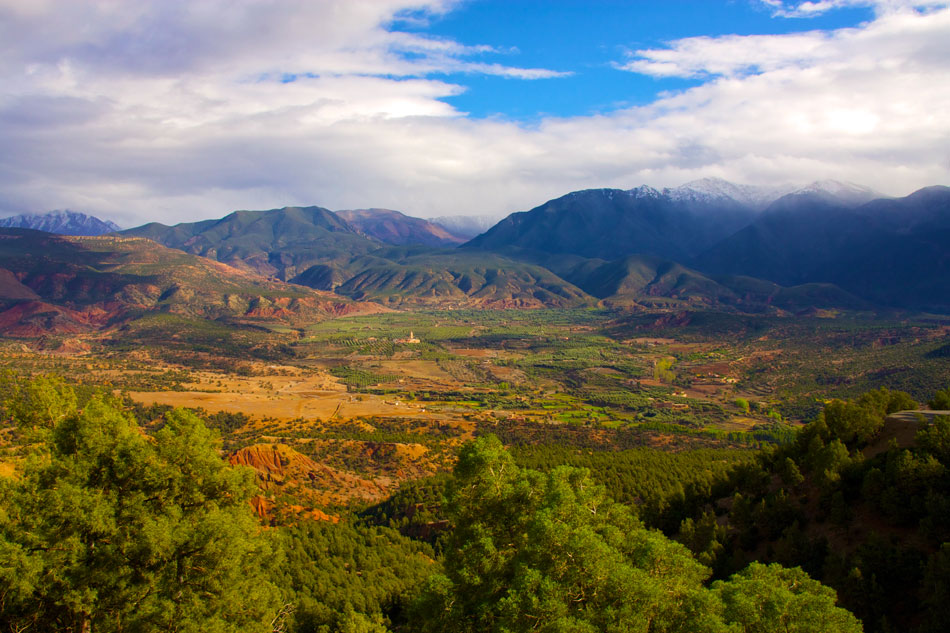 Just south of the Atlas range is Morocco’s most famous Kasbah at Ait benhaddou where scenes from the film ‘Gladitator’ were shot. Once on the trading route from Mali, the Kasbah or ‘Ksar’ (fortified village) as it should be known as still houses 10 families and you can take tea with one of them observing their traditional loom system for making carpets. The village itself is a remarkable spectacle banking up against the rocky formations and a must see key site in Morocco plus the warmth of the local people is perhaps unmatched elsewhere. From here the route to Teleout is dramatic and and once the Teleout Kasbah is another extraordinary series of building set against the Atlas mountains.

Dades valley is unforgettable.  Stunningly beautiful with rock formations from another world framing a magnificent twisting river course of wheat, fruit and silver birch trees through a valley strewn with kasbah’s known as “The valley of a thousand kasbahs”. The rock formations known as “monkey toes” are an extraordinary testament to the power of natural forces and in stark contrast to the simple lives of people who harvest in it’s midst.  Todra Gorge is the highest, narrowest gorge in Morocco and closet opportunity to meet Berber nomads. Further on into the pre-desert areas is the oasis village of Elkhorbat, a relaxing retreat will little presence of tourism which hosts a fascinating Ksar and fortification of tunnels.

This extended relaxation Morocco excursions tour offers the extra days and nights in the desert dunes at Merzouga. Here you have the option to sleep under the stars in a desert camp and experience a camel trek with Ahmed our local guide who will look after you. Merzouga also boasts many good hotels with pools so it’s a great place to relax and chill for a couple of days and the desert silence is an essential experience. Alongside the Berber people with their customary blue head scarfs, in a nearby village also reside a troupe of Gnawa musicians who are descendents of the black slave trade that passed it’s way out of the Saharan south into Morocco heading for Essaouira.

The palmearie at Skoura stretches over a vast area of narrow tracks intersected with crumbling Kasbahs. A UNESCO World heritage site it’s unlike anywhere else it Morocco; a fertile oasis lined with immense palm groves providing great views of the Atlas Mountains surrounded by desert plains. The palm groves were laid out in the 12th century by the Almohad sultan Yacoub el-Mansour and named after its original inhabitants, the Berbers of the Haskourene tribe. Many of them are still partially inhabited. The palmearie can be explored by bicycle at a gentle pace. The local market every Monday is a fascinating collection of Moroccan goods and Berber tourist trinkets.

The final night of your Morocco excursions tour is in Marrakesh giving you the chance to explore the “Red City” at it’s most atmospheric time. The Jemma El Fna square after dusk has drawn many artists and performers to witness the energy and impromptu spectacles. Storytellers, single musicians and snake charmers pursue their talents. Marrakesh is more than one square. Its medina and souks are fascinating maze like alleys that offer something different at every corner. You can find luxury and sanctuary in a Riad and in the next moment step on the streets to see the rich spectacle of life. Restaurants and hotels can be arranged for all budgets for your final night on your Morocco travel tour. 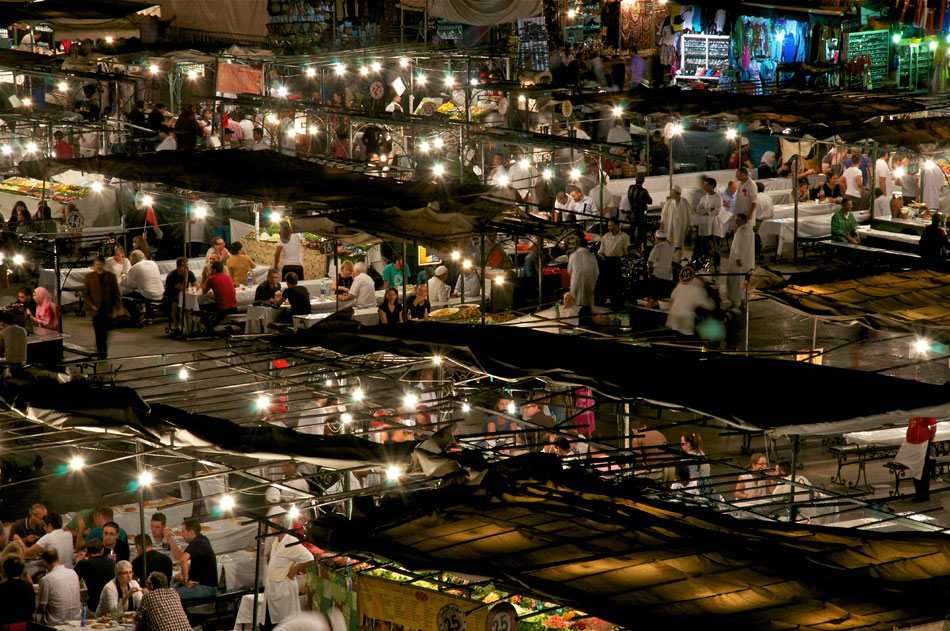 Call us or email to find how we

can assist with your Moroccan excursions Tour.